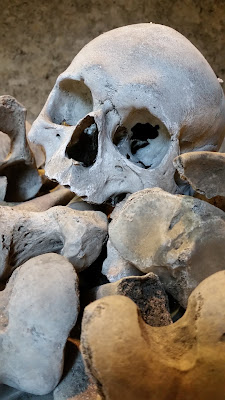 William Bensussen aka The Gaslamp Killer is a lot of things to a lot of people. Some see a crazy performer, a crazy  person , perhaps even an outright menace—the  jury is still out on that . I see a uniquely talented artist who is willing to push the listener outside of their comfort zone. Who is willing to explore the limits of what an audience can feasibly dance to. And in doing so, I see an artist who has been perpetually ahead of the curve, even at times to his own detriment. Long before Lil B embraced the intended criticism  based , Willow embraced being decried as the vibe  killer . This can put a target on a man’s back… to be so raw in one’s sound and presence it is nearly to the point of abrasiveness. I see it as the mad science of progress, the process of expanding musical minds. But to those who prefer the comfort of more familiar sounds, it can almost seem like a threat. GLK is sometimes is criticized for getting on the mic too much. “Fuck society in the ass!” he howled a
Read more 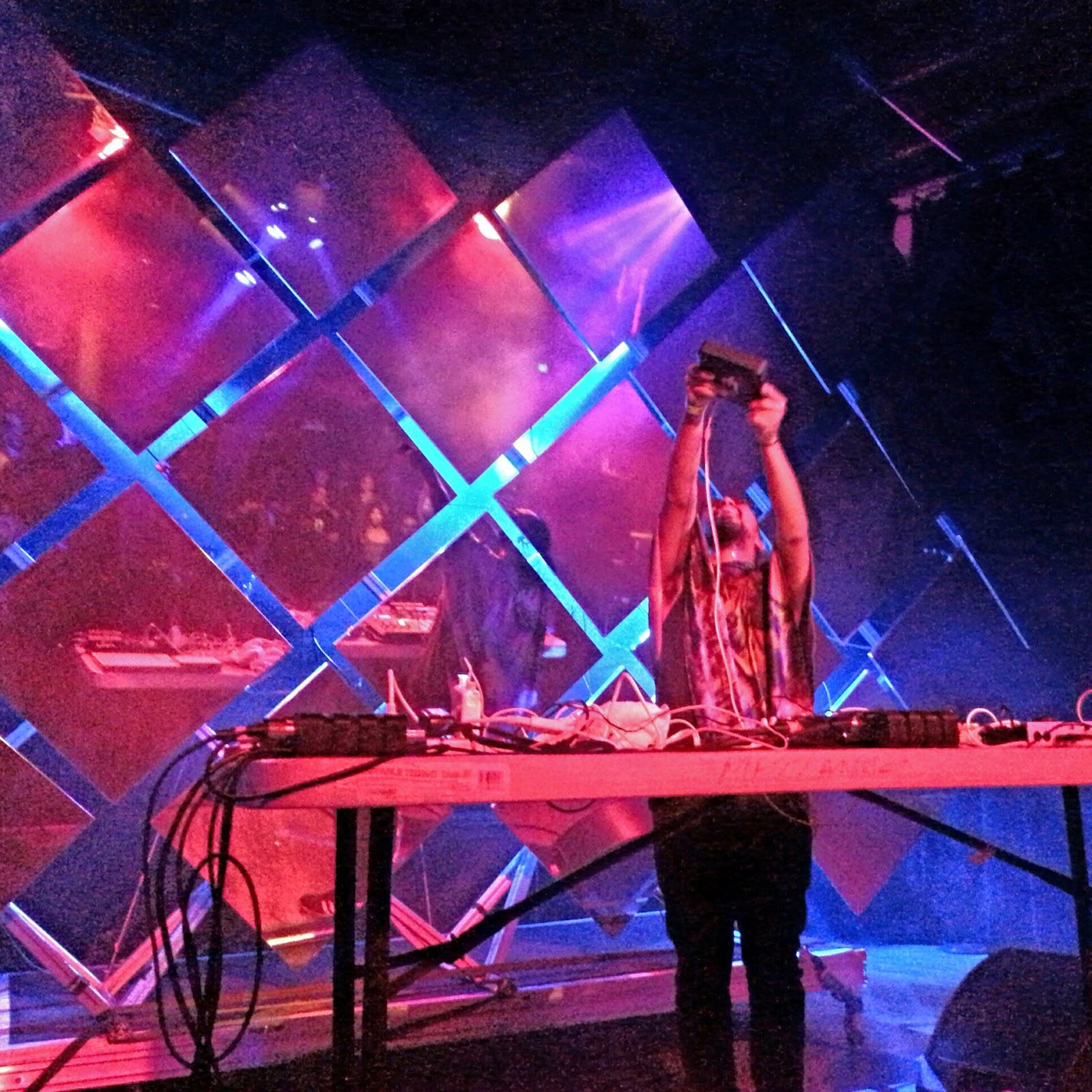 I’ve been listening to Daedelus since my homie Slouch turned me on to his music back around 2004. That was around the time when Daedelus released his LP Invention which is still one of the most cherished records in my collection. I have heard his work develop and change even as electronic music itself develops and changes. He incorporates a lot of different sounds into his music, but he has a small ensemble of specific samples that regularly crop up: a bassoon, an old-timey piano slightly out of tune, a harp, accordion… Combined with advanced and at times almost hectic time signatures and tempos and you get Daedelus' signature sound. And while I have heard his music described as “grimy Victorian techno”, it ranges from something like that to downtempo to thoughtfully composed little solo pieces. And that’s just his recorded material. His live performance is a special thing in and of itself. I’ve seen Daedelus live a number of times and had my mind blown by him before. So
Read more

Spose - Live @ Bottom of the Hill 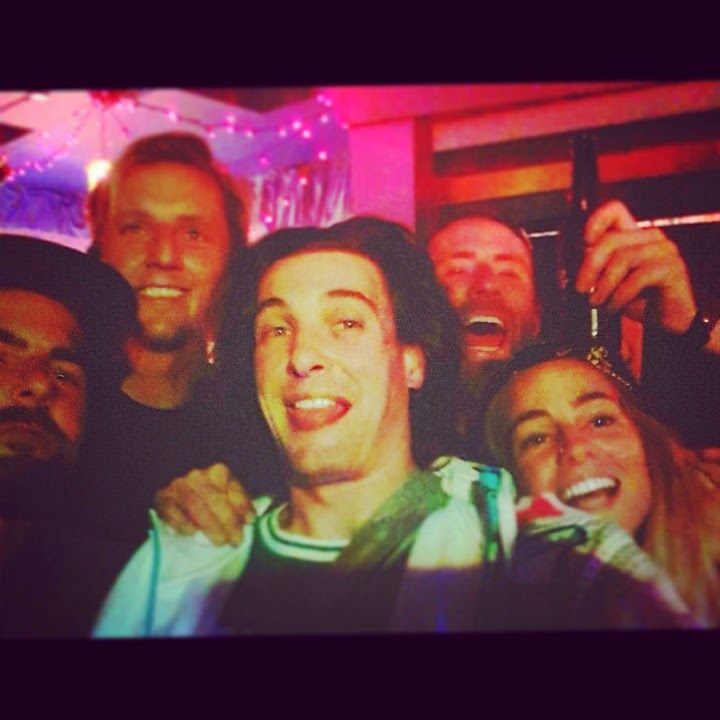 Growing up in Portland, Maine there was not a lot of local music that made it onto the national scene. Maine being a sparsely populated place, it is very rare that one of our citizens makes big enough artistic waves to gain any attention beyond the New England region. There are occasional exceptions to this; the two that come to mind are the band the Rustic Overtones and the actress Anna Kendrick. The Rustic Overtones got some national radio play in the late 1990’s, went on a couple of big tours, and made some great music, my favorite song being Feast Or Famine from their 1997 album ‘Rooms by the Hour’. Ms. Kendrick, who is about my age, made her rise in local and regional theater, performed on Broadway, and eventually transitioned to screen acting. Most tweens recognize her as Jessica from the Twilight movies, although my favorite performance of hers is the role of Beca in Pitch Perfect. That’s right, I’ve seen Pitch Perfect . I went to college in Maine (UMF ’06 represent!) and
Read more 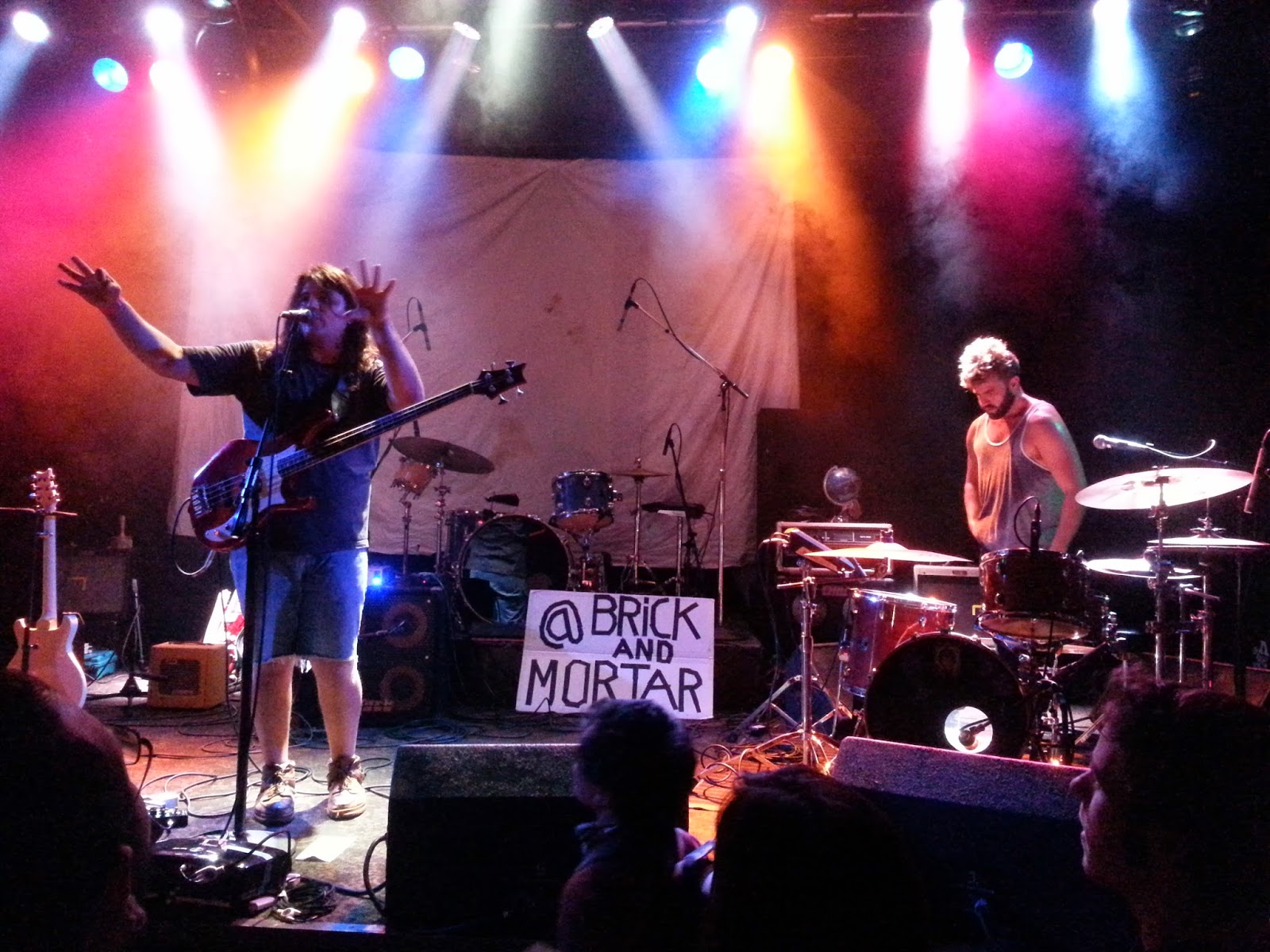 A while back I was listening to a mixtape by Plaid and somewhere around the seven and a half minute mark a song came on that kinda blew my mind. The vocals were pumped through some kind of low-fi/garage rock filter, the drumming was supremely boom-bap, and the lyrics had the profound-yet-jovial tone of someone like The Squirrel Nut Zippers. Turns out that song is called ‘Move To The Ocean’ and in my opinion it’s a damn masterpiece . So when shortly after learning about that track I discovered the artists were coming so SF, I was floored. Their name is Brick + Mortar and they are from New Jersey. I bought two tickets and when my original man-date was double booked I described them to my homie Alex as “sort of an alt-rock, garage-rock hybrid” which is another way of saying what I said in the first paragraph without admitting that these guys are too far ahead of their time to be defined. Needless to say Alex accepted my invitation and even bought me a drink once we got to the venu
Read more 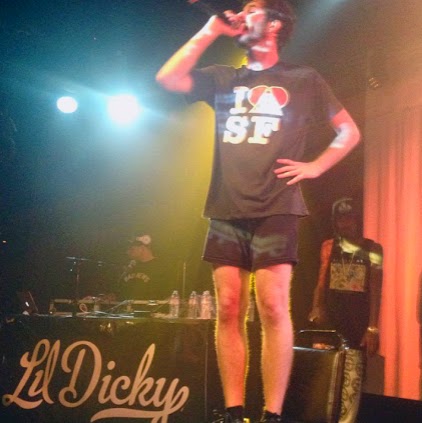 I expected seeing Lil Dicky on Tuesday at the Independent was going to be one big $15 dick joke. What I saw was hilarious and also transcended the role of the modern white guy rapper. I have and will always be a fan of underground hip-hop, which has consistently had many white emcees. Slug, Aesop Rock, Sage Francis, Sole, ADeeM, Buck 65, and Dose One come to mind as immediate examples. But I think that on the bigger scale, it’s important to give a lot of credit to Eminem, because he was the first white guy to do it and get really, really popular, and thus shift the paradigm of what a white guy rapper can do. Eminem was funny in a sick way, all anger and angst that was easily relatable to many young white men (such as myself) who were fans of rap in general. Eminem was so good that his appeal exceeded his genre, and I remember growing up hearing his songs on the Alternative Rock radio station. I like to think that Eminem paved the way for many of the white rappers who came after
Read more 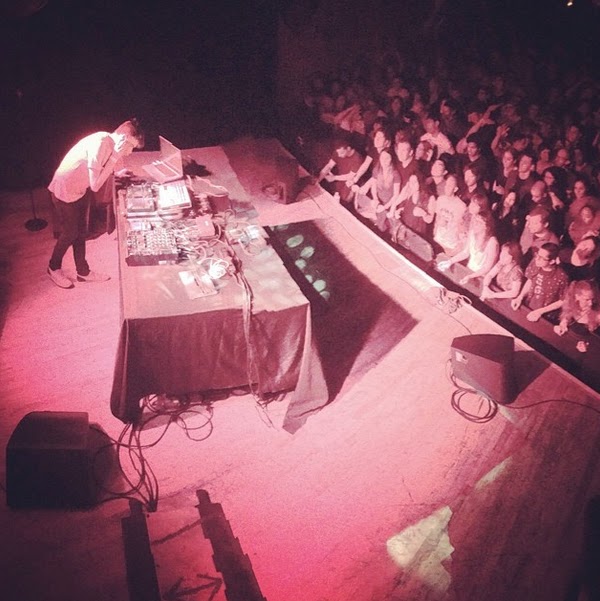 Recently I went to see Jon Hopkins at Mezzanine with my buddy Shingo . I’ve been a fan of Hopkins for about a year and a half now. His music has a wonderfully natural way of building up and entrancing the listener, taking your mind far away to a different place and time, or perhaps, to a difference place and time within your own mind. I find it excellent for long runs. Very deep, advanced stuff. So to say I was excited to see him live is an understatement. We got there pretty early, a little bit after doors opened as not to miss anything and also grab a good close spot on the main floor. It’s fun to see all of the people enter the club and feel the energy and anticipation build. Teebs, the opener, was ayt; I’ve heard some his stuff on his soundcloud so it was cool to catch him live. The floor was a little empty during the set, with lots of people still filing in and getting their drinks at the bar. He happily played a few tunes (he seemed like a nice and happy dude) and the
Location: San Francisco, CA, USA
Read more